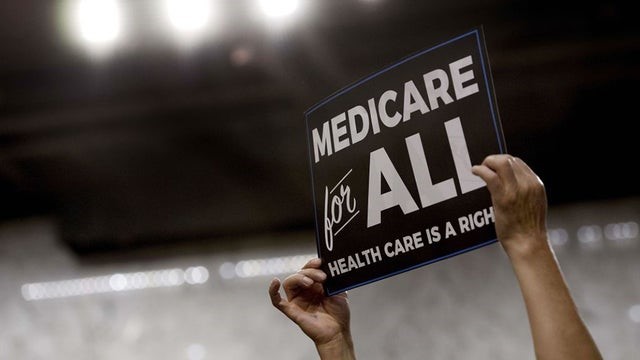 BY DEANE WALDMAN, OPINION CONTRIBUTOR — 01/24/21 02:00 PM EST
THE VIEWS EXPRESSED BY CONTRIBUTORS ARE THEIR OWN AND NOT THE VIEW OF THE HILL

Democrats now control the White House and both Houses of Congress, albeit with very slim majorities.

What will they do with (or to) health care? “Medicare for All” or the House bill — Medicare for All Act of 2019 — is probably a non-starter. Introduced almost two years ago, the act has never been brought to a vote probably because of its price tag of $32.6 trillionto $40 trillion. Worse, the Medicare-for-All bill, H.R. 1384, will reduce access to care.

The centerpiece of the Biden Health Care plan is the public option. Polls show support for that approach though, not surprisingly, few know precisely what public option means or what it will do.

According to the Biden health plan, a public option is a “public health insurance option like Medicare” and “like Medicare, [it] will negotiate prices with providers” and “negotiate lower prices” for drugs. Such negotiations will be the ultimate power mismatch between the federal government and any single commercial entity. Washington will likely dictate to providers, hospitals and suppliers: take it or leave it.

Biden’s use of like Medicare should raise serious concern in American minds. The hospital portion of Medicare will be insolvent, i.e., will go broke, by 2026. At that time, Medicare will no longer be able to pay for seniors’ hospital care. What will happen to seniors who need in-patient care?

Why should Americans support a plan “like Medicare” that presumably would be just as fiscally unsustainable and medically unavailable?

The public option is a taxpayer-supported, federally administered insurance company. Private insurers, who currently cover 176.7 million Americans, are commercial enterprises. They either take in more revenue than they pay out, or they go out of business. With our tax dollars behind it, the public option cannot run out of money. And, the federal government can print money: insurers cannot.

The public option can and undoubtedly will use the power of our tax dollars to undersell private insurance companies and drive them out of the market. With the public option dominating the so-called market, in five years there will likely be no sellers of private insurance. At that time, there will be only one option for Americans: government insurance and whatever care Washington will “allow” us.

With the public option, Washington will be in a position to dictate both medical care as well as medical pricing. The federal government will thus determine both supply and demand.

Section IV of Biden’s health plan declares that “health care is a right for all.” Health care is the professional service or work product of a caregiver. If that service is another person’s “right,” the caregiver must provide it on demand, whenever the patient wants, for free. After all, no one pays for basic rights such as in the Bill of Rights (where health care is glaringly absent.) A right to a provider’s work — medical care — takes away providers’ freedom, making the provider an indentured servant or worse, a slave. Health care cannot be a right in a country founded on freedom for all.

Biden’s Health plan is subtitled, Battle for the Soul of the Nation. The question Americans must ask is this: When the battle is over, who “owns” that soul? Does Washington or do We the People?

While polls show there's support for the public option or even Medicare for All, Americans agree that reform is necessary, and there seems to be increasing enthusiasm for some form of government-provided health insurance coverage. There are at least four reasons for this unfortunate situation.

First, we are exhausted and confused by decades of claims, counter-claims, passionate rhetoric and equally impassioned rebuttals, with no supporting evidence. They keep promising a rosy future and we keep buying it.

Second, there is the power of wishful thinking. Americans have been sold a picture of an easy-to-use, efficient health care system, run by Washington. We desperately want it to be true. Biden assures us we will get all the care we need, when we need it, from a physician of our choosing, all provided by Washington, for free and, yes, with a slight increase in taxes.

Third, we are guilty of refusal to check their so-called facts. Democrats point to other nations with single payer systems and say if they can provide care for all for half of what we spend, so can we. Many Americans simply accept this.

Every single payer system in the world strictly rations medical care. No American politician has ever admitted that rationing is a critical part of the public option or Medicare for All. If you are over a certain age or are not woken politically, life-saving care could be denied.

For perspective, the total GDP of planet earth is currently $92 trillion. Democrats plan to spend nearly half that amount on a health care system that won’t provide timely care.

Fourth and final, Americans disregard Jorge Santana’s warning, “Those who cannot [or will not] learn from history are doomed to repeat it.” Recall the promises for $2,500 a year in savings, and “if you like your health plan (or doctor), you can keep your health plan (or doctor).” Tens of millions of Americans know from painful experience these were falsehoods. Did we learn from it?

An old but still valid aphorism says, “Fool me once, shame on you. Fool me twice, shame on me.” If Americans accept Biden’s public option, or any form of single payer healthcare, shame on us.

Subscribe to get your free bonus videos and downloads: https://www.deanewaldman.com/opt-in-page.html