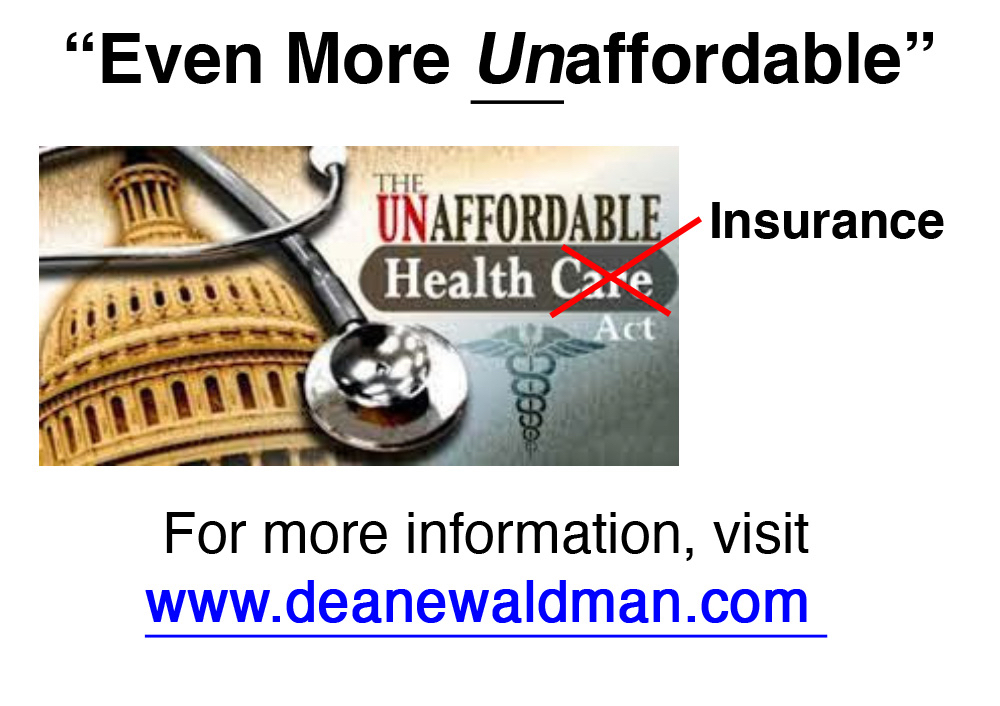 Can We "Build on ACA Success"?

Democrats plan to make healthcare a defining issue in the 2020 presidential election. Their rallying cry is, "Build on the success of the ACA!" Is the ACA, in fact, a success, based on facts and evidence, not rhetoric and spin?

Though the ACA was touted as a reform for health care, hence its name, after passage, President Obama admitted that his legislation was aimed at reforming health insurance, not care. Since people believe that having insurance means you get care, he conflated insurance with care.

Most Americans believe that having insurance is the key to getting care: those with insurance get the care they need and the uninsured don't. This is false, a myth. Commonly, the opposite is true.

Uninsured patients arrive at emergency rooms with everything from colds to heart attacks. Because of the Emergency Medical Transport and Labor Act of 1986, they immediately get care even though the hospital is not paid for its services.

Meanwhile, insured patients, especially those with no-charge, government issued coverage die while waiting in line for care. Such "death-by-queueing" has been documented in both Medicaid and our home-grown single payer, the VA system.

Thus, one must ask, what is the "ACA success" upon which Democrats want to build?

In fact, the ACA's failure proves the point that the more entitlements that Washington promises, the less care Americans actually get. It is time to go the other way. Kick the federal government out of healthcare, where it doesn't belong, and let Americans decide what healthcare structure they think will work best for them in their states, StatesCare. We certainly can't do worse than the feds have done over the last five decades!

The reason we have a healthcare system is to provide care, no to provide insurance coverage.