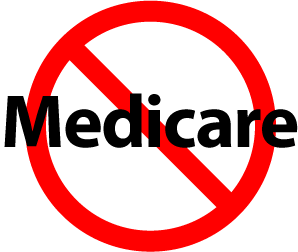 As doctors become more frustrated with Medicare’s reimbursement rates and rules, many are displaying their dissatisfaction by not treating Medicare patients.

The number of U.S. doctors treating patients enrolled in Medicare is falling, according to a recent story in The Wall Street Journal (subscription required, or published here at South Coast Today).

According to the article, the increased number of doctors refusing to treat Medicare patients can be attributed to provider “frustration with [Medicare’s] payment rates and pushback against mounting rules.”

CMS — which has never before released Medicare opt-out figures — reports that 9,539 physicians opted out of the Medicare program in 2012. That is up from 3,700 physicians opting out in 2009. All in all, the number of doctors who opted out of Medicare in 2012 nearly tripled from just three years prior. According to The WSJ, many other doctors who are not opting out of the program are at least limiting the number of Medicare patients that they treat.

Likewise, a study from the American Academy of Family Physicians reports that 81 percent of family doctors accepted new Medicare patients last year, which was down from 83 percent in 2010.

The WSJ quotes Jeffrey Cain, president of the American Academy of Family Physicians. According to Cain, “Family physicians have been fed up for a long time and it’s getting worse.” He told The WSJ that by opting out of Medicare, doctors can focus on patient’s needs rather than what insurers are willing to pay.

California Healthline says that physicians have several reasons for opting out of the program. Most significant, though, are the low reimbursement rates, concerns about patient privacy, and unhappiness with the government’s increasing involvement in medicine. As far as the increased government presence goes, Becker’s Hospital Review cites the penalties for physicians who do not demonstrate Meaningful Use through EHRs as an example. The WSJ also says that doctors recognize that Medicare payment rates have not kept up with inflation, and that there are dangers of more cuts in the future.

Medicare’s reimbursement rates can be as low as $58 for a 15-minute office visit. According to The WSJ article, doctors are saying that those kinds of rates force them to see 30 or more patients a day simply to stay afloat.

Medicare is not the only government program losing doctor enrollment. The CMS report also says that fewer doctors are accepting Medicaid patients. A study from Health Affairs (subscription required) found that 33 percent of doctors did not accept new Medicaid patients in 2010 and 2011.

Reporter Greg Bengel explains that, left to its own devices, Medicare “won’t be there for us.” Not only will there be no money, there already are no doctors.